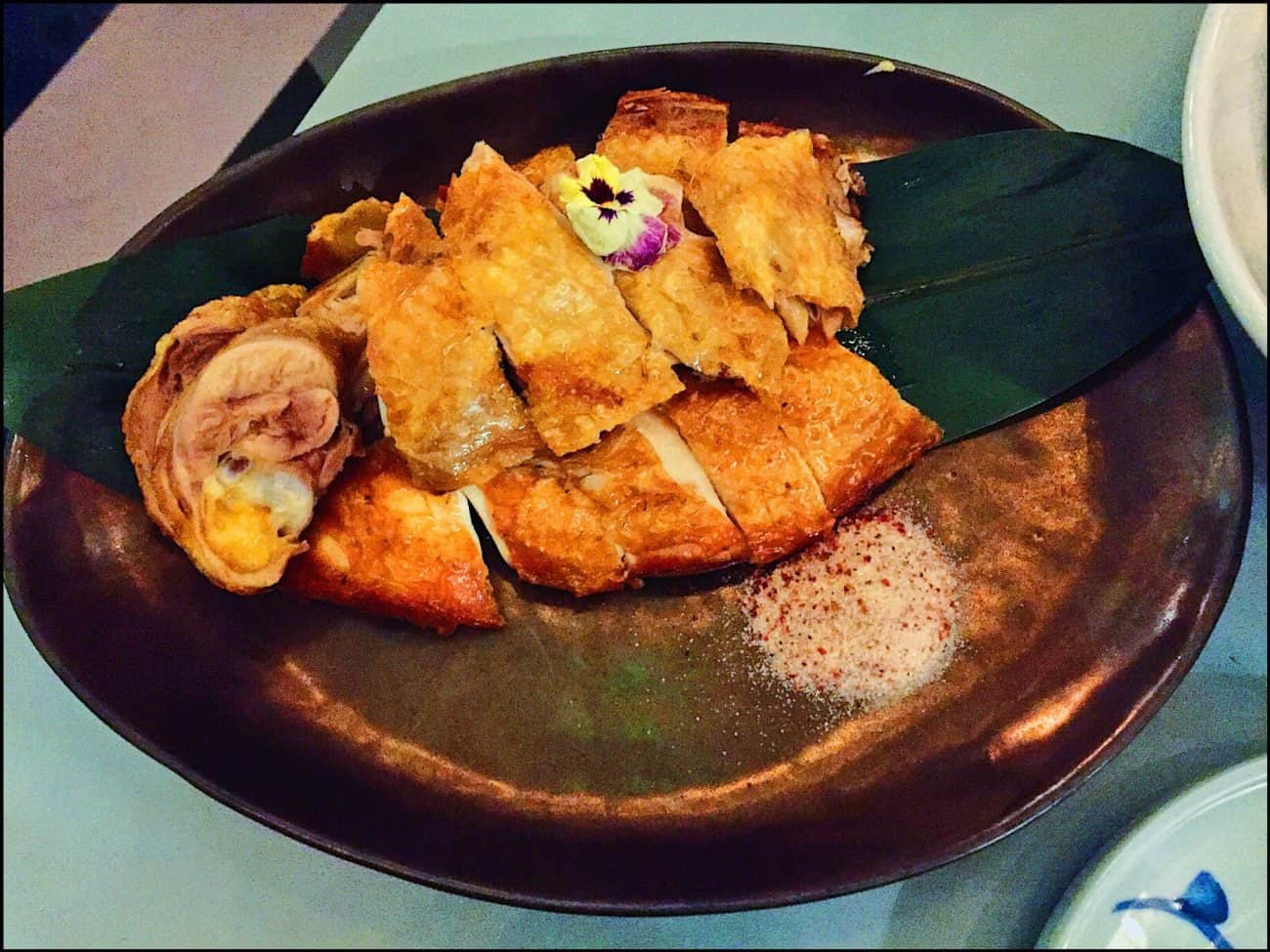 In my search for finding somewhere new to eat and review, in what seems to be an endless supply of new openings in the captial, I fell upon Duddell’s London, a high end Cantonese restaurant.

Location is often everything, but London of course dismisses that entirely, most places in London have the ability to host great restaurants. In Duddell’s case though, they thought they’d pull the stops out and set up in the shadow of The Shard on St Thomas Street, SE1 – London Bridge basically.

I visited not long after it had opened and had no idea what to expect. I was accompanied by a dear friend of mine who really knows his stuff, so I took a bit of a risk.

At the time the outside was still a building site, the restaurant being located within an old church, St Thomas’s, which was still being renovated. Inside however, everything was in tip top condition. It seems I keep visiting restaurants in dramatic buildings lately – having been to the The Ivy Cheltenham and their Rotunda.

I know it’s new but the staff were so happy and helpful – I would say, they were proud.

It’s an old church, so this place is big and grand with a large bar, plenty of tables, an upper floor for ultra busy times and stunning lighting that leaves you to imagine a bygone era of this building.

Duddell’s London, originally from Hong Kong, is their first restaurant to open in the UK. You might think located within a church that the two cultures would clash, not at all – its a great place to eat.

The menu, fortunately, isn’t too large – which we appreciate her at NationalDish – large menu’s means poor, pre-prepared and  high likelihood of processed food.

As we were already enjoying the wine and having a good catch up, we thought we’d just go for a little mix up and let it come as it came. First off Cantonese Dim Sum Symphony – FUCK! Symphony is a great noun to describe this, you’re hit with some serious colour wrapped around variations of prawn, scallop and king crab. This was quite possibly the finest Dim Sum I had ever eaten, and we both agreed.

I go weak at the knees at the mere mention of Soft Shell Crab and I won’t even care how it’s prepared, which normally is tempura. It was refreshing to see that Duddell’s had tried to mix things up a bit, but not too much – serving theirs with some spicy toasted almonds. It was good – real good. My love affair with this soft centred shellfish continues.

Quick fact for you – soft shell crab isn’t a species, it’s a crab that has recently molted their old exoskeleton and therefore are soft – remove the gills, mouth-parts and abdomen and then you can scoff the rest.

This next dish is something quite special, it takes more than 12 hours to prepare – Cantonese Crispy Salted Chicken. This is a free range, organic french breed – Poulet de Bresse. What’s so special about that? It’s a chicken that has an appellation d’origine contrôlée status.

I have no doubt these guys could make any chicken taste good, but it really does make this dish even more special. It sits in a broth bath of Italian Parma Ham, Japanese dried scallop and shrimp, air dried for half a day and then crisped up in hot oil.

Naturally we ordered a few sides, this one in the middle was Wok fried seafood vermicelli Hong Kong Style, bottom right some cute baby pak choi and as you can see, the chicken is taking a beating.

The wine list is pretty extensive with everything covered – we both have a mutual fondness of South Africa and went for Walker Bay Blanc de Mer at £37.

They also give you a few cool little condiments to keep you company – chilli sauces and soy. 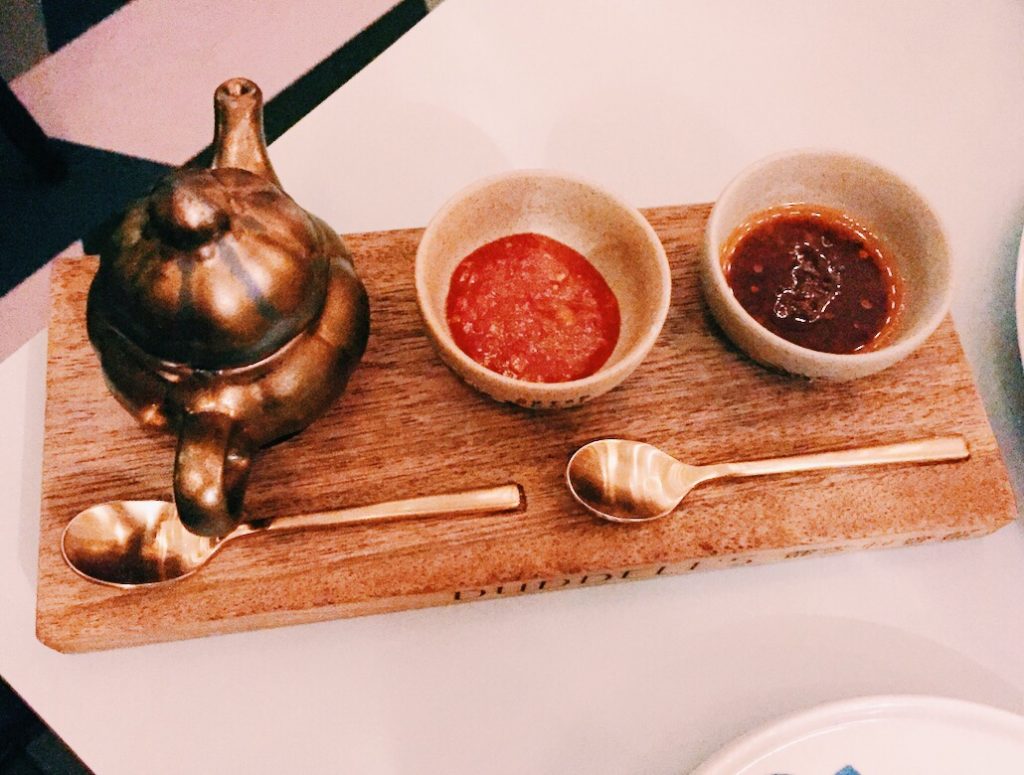 In conclusion, Duddell’s London, near The Shard is good, exceptionally good. My buddy was texting his boyfriend as we ate, arranging to bring him here. I would say if he was looking to romance him with food – this’ll do it and it will do the same for you.